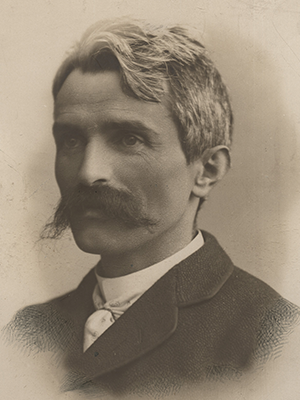 Catalani was born in Lucca on 19 June, 1854 and followed his musical vocation against his father’s wishes. He studied at the Istituto Musicale Pacini in Lucca, in Paris with François-Emmanuel-Joseph Bazin and at the Milan Conservatory, where his teachers include Antonio Bazzini. He wrote a number of operas: La falce (1875), Elda (1880), Dejanice (1883), Edmea (1886), Loreley (1890) and La Wally (1892). He composed also sacred music (Messa in mi minore per soli, coro e orchestra, 1872), symphonic music (Ero e Leandro, 1885) and many chamber music for voices and instruments. Despite the growing influence of the verismo style of opera during the 1880s and early 1890s, Catalani chose to compose in a more traditional manner, which had traces of German music in it. Alfredo Catalani was one of Arturo Toscanini’s favorite musicians, he died in Milano on 7 August , 1893.