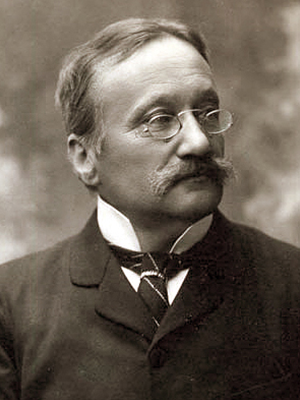 Arrigo Boito was born in Padova on 24 February, 1842 and was an Italian poet, journalist, novelist, librettist and composer, best known today for his libretti, especially those for Giuseppe Verdi. He wrote for him the librettos of Otello and Falstaff, for Amilcare Ponchielli La Gioconda, for Franco Faccio Amleto, for Alfredo Catalani La falce, for Costantino Palumbo Pier Luigi Farnese, for Gaetano Coronaro Un tramonto. As composer he wrote libretto and music of Mefistofele (firts version 1868, second version 1875) and Nerone (finished after his death by Arturo Toscanini, Antonio Smareglia and Vincenzo Tommasini and premiered at La Scala in 1924). Along with own brother Camillo Boito and his friend Emilio Praga, he is regarded as one of the prominent representatives of the Scapigliatura, artistic movement. Towards the end of his musical career, Boito succeeded Giovanni Bottesini as director of the Parma Conservatory after the latter’s death in 1889 and held the post until 1897. Arrigo Boito died in Milano on 10 June, 1918.